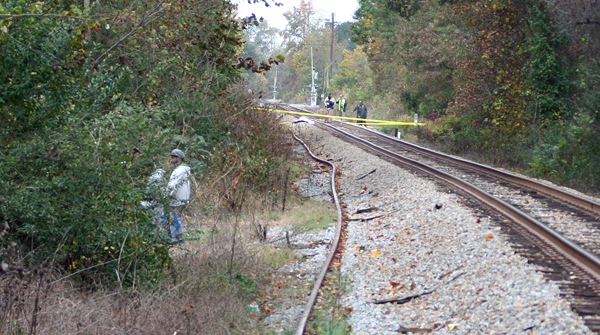 The body of a shooting victim is covered alongside the railroad track in Seaboard while law enforcement officials gather evidence at the crime scene. Staff Photo by Amanda VanDerBroek

The first shooting occurred Friday evening during an attempted home invasion at 307 Faison Street which killed 17-year-old Damon Riddick. The second fatal crime took place Sunday in an area known as “the Fox Hole” and claimed the life of Kelvin Wilson Branch, 24, of 107 Calbert Street and injured his cousin, Thomas C. Milton, 23, of Jersey City, NJ.

According to Seaboard Police Chief George Reed, at approximately 11:30 a.m. on Sunday he heard several gunshots while in his office interviewing a person concerning Friday’s crime.

After responding to scene and investigating, Reed discovered Branch lying on the railroad tracks behind a residence off of Highway 186. He also observed another individual with an injury to his leg, later identified as Milton, coming out of the wood line.

Reed said upon investigation it was discovered a number of individuals were waiting behind a storage barn as both men walked back from a local store.

Reed said the possible weapons used were shotguns and a handgun.

“There were five to six individuals wearing black hoodies and black bandanas seen running (after the shooting),” Reed said. “There was a black Pathfinder seen leaving the scene and a BOLO (be on the look out) was issued for that vehicle.”

“We were blessed that no one was injured,” he said.

Dianah Boyd, whose home is near the railroad tracks on Pine Street, said she heard “a series” of gunshots.

The outside of Boyd’s home was riddled with bullet holes. She estimated her home was struck 12 times. Two of those bullets breached the walls of her single-wide trailer. One bullet lodged in her refrigerator while another passed through her kitchen, living room and one bathroom wall before it was stopped by the opposite wall.

Boyd was in the back room of her home when she heard the gunshots.

“I went outside to bring my dog in,” she said.

Boyd and her dog escaped uninjured.

Reed said the SBI is assisting in the case as well as the Northampton County Sheriff’s Office,Jackson, Garysburg, Woodland, Enfield, and Weldon police departments.

“We have several leads we’re continuing to investigate,” he said.

Reed said his department responded to a 7:31 p.m. call in reference to a person being shot in the face.

Upon responding to the scene the officer made contact with the victim’s 21-year-old brother, Darrius Riddick, who informed the officer his brother had been shot.

Reed said investigation showed an unknown person wearing a black hoodie and black bandanna over their face entered the home through the back door of the residence with a pistol-gripped sawed off shot gun. The suspect struggled with Damon Riddick before Riddick was shot in the face.

Damon was transported toHalifaxRegionalMedicalCenterwhere he was pronounced dead.

“We’re not ruling out anything,” Reed said when asked if the two shootings were related. “We’re still following up on leads.”

Reed said he has increased patrols in town and the department will be staffed with at least one officer at all times.

He urged citizens to report anything suspicious. He thanked the community for their support.

Those with information concerning the two murders are urged to called Reed at the Seaboard Police Department at 589-5061 or 578-7322. The Northampton County Crime Stoppers line can also be contacted at 534-1110. 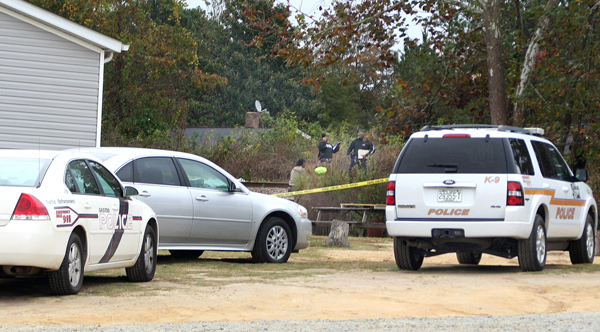 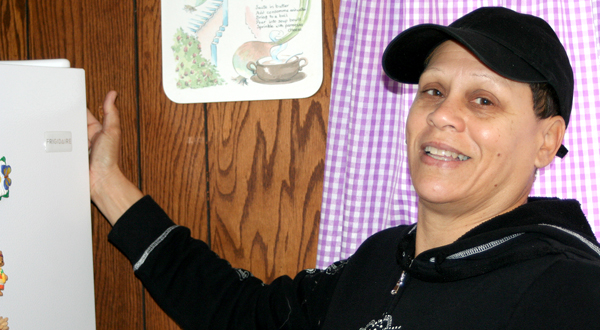 Dianah Boyd places her hand near a wall in her kitchen where a stray bullet from Sunday morning’s deadly shooting entered her Seaboard home. Boyd said her home was struck 12 times, but she fortunately escaped harm. Staff Photo by Amanda VanDerBroek 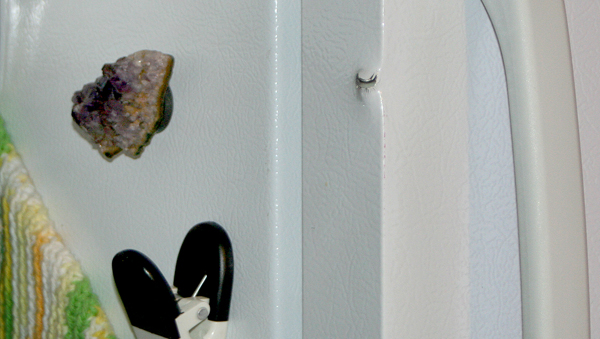 This photo shows the apparent stopping point of a bullet that passed through a refrigerator in the home of Dianah Boyd. Staff Photo by Amanda VanDerBroek

By Lance Martin www.rrspin.com SEABOARD – A 35-year-old Pendleton woman died Saturday morning when she was ejected from a vehicle... read more