JACKSON –Two women have been arrested near here after 16 bags of marijuana were seized from a vehicle.

On Saturday, Ashawna Bost, 21, and Shaquida Champion, 23, both of Greensboro, were taken into custody by the Northampton County Sheriff’s Office after a routine traffic stop yielded drugs. 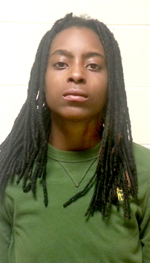 According to Detective Lt. Brenda Burnette, Detective Sgt. Courtney Williams conducted a traffic stop near the corner of U.S. 158 and Jackson Bypass Road on a gold Honda Accord, which had no license plate.

Burnette said as Williams was approaching the vehicle he smelled the odor of marijuana and called for assistance, prompting Deputy Kevin Wright to respond.

Bost and Champion were asked to get out of the car. With consent, Williams searched the vehicle and found two bags of marijuana in a cup holder.

The search also yielded 14 more bags of the drug which was found in a bag allegedly belonging to Champion who was the passenger.

Burnette said the officers also discovered a fraudulent 30-day license tag in the back window of the vehicle.

“It appeared to be altered and it did not match the vehicle,” she said.

Burnette said the tag was printed off the Internet. 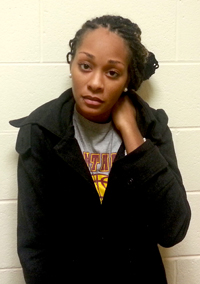 Bost, the driver, was charged with simple possession of marijuana, driving while license revoked, fictitious registration plates, no insurance and license plate not properly attached.

She was transported to the Northampton County Jail and given a bond of $300 secured. Bost’s first appearance in court was Monday where her probable cause hearing was set for Jan. 24, 2013.

Champion was charged with possession with the intent to sell and deliver marijuana and possession of drug paraphernalia. She was transported to the Northampton County Jail where she was given a bond of $1,500 secured.

Champion’s first appearance in court was on Monday and her probable cause hearing was set for Oct. 25.

Burnette said both women are currently free on bail.

AULANDER – A school bus full of students were transported to Vidant Roanoke-Chowan Hospital after being involved in a traffic... read more