Vernon and Pam White of Windsor announce the engagement and upcoming marriage of their daughter, Christin Amanda White, to Perry Deans Britton, the son of Bonnie Britton of Colerain and Donald Britton of Tyner. Grandparents of the bride are Ruth Whitaker of Windsor and the late Ralph Whitaker, and the late Mr. and Mrs. Vernon White, Sr. and Dessie White of Hexlena. Grandparents of the groom are Mr. and Mrs. GD Perry of Colerain and the late Mr. and Mrs. William Britton of Lewiston. Christin is a 2011 graduate of East Carolina University and is now employed at ECU Physicians. Perry is a 2012 graduate of Miller Mott College. The couple will exchange vows on September 29 at Ross Baptist Church. 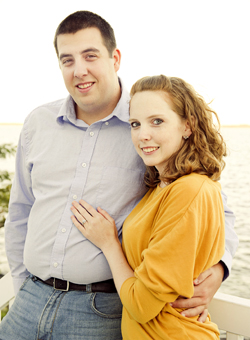 Mr. and Mrs. Roger Ward of Sunbury announce the engagement of their daughter, Whitney Catherine, to Simon Birenbaum, son of... read more