Eric Thomas Oppegaard and Erica Bethany Brown announce their engagement and upcoming wedding.  Eric is the son of Lee and Tommie Oppegaard of Wilmington and the grandson of Emily Brantley Hall of Ahoskie and the late William Thomas Hall. Eric’s paternal grandparents are the late Harry and Virginia Jones, formerly of Winston-Salem. Erica is the daughter of Jerry and Paula Brown of Davenport, Florida and the granddaughter of Edith Waters of Portland, Oregon and the late Wallace “Wally” Waters. The couple met in 2004 while working for The Walt Disney Company. Currently, Eric and Erica reside in Florida where he is the Marketing and Communications Manager for Libra OnDemand in Celebration, and she is a registered nurse at Winter Park Memorial Hospital in Winter Park. An early November wedding at the Artisan Park Amphitheater in Celebration, Florida is planned. 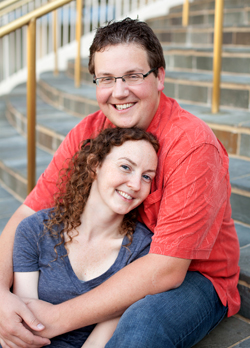 Pamela and Carl Brickhouse of Aulander and Steven Stroud of Cofield announce the engagement of their daughter, Brooke, to Brandon... read more