JACKSON – Anne Bridgers Futrell and Elliott Burton Farless were married on July 21 at 4:30 p.m. at The Church of the Saviour in Jackson with the Reverend Foy Bradshaw officiating.

The bride was escorted by her father. Laura Elizabeth Lewis Futrell of Raleigh, sister of the bride, served as the maid of honor.  Bridesmaids were Laura Lewis Rogers, Katherine Anne Whitmore, both of Raleigh, Mary Kathleen Boone, of Jackson, and Jo Anne Beale Futrell, of Conway.

The groom’s father served as the best man.  Groomsmen were Wood Jonathan Farless, of Edenton, Dr. Graham Edward Farless, Sr., of Greensboro, both brothers of the groom, William Randolph Futrell, III, of Arlington, Virginia, brother of the bride, and Norman Freeman Perry, III, of Colerain.

The Mistresses of Ceremonies were Kay Cagle Cooley and Nan Garriss McKellar.

A reception, hosted by the bride’s parents, was held at the home of the bride following the ceremony.  On the eve of the wedding, the groom’s family and friends hosted a rehearsal dinner and dance at The Roanoke Rivermill in Weldon.

The groom graduated from the University of North Carolina at Chapel Hill in 2008 with a degree in Management and Society.

Following a honeymoon to the British Virgin Islands, the couple will reside in Merry Hill. 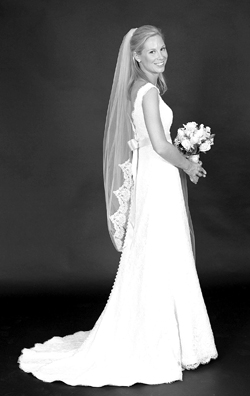