JACKSON – The Northampton County Board of Commissioners have approved a bid for the purchase of ambulances and cardiac monitors to equip the vehicles.

On Monday, the board approved the lease purchase of two new ambulances from Northwestern Emergency Vehicles for $128,545 each as well as two new cardiac monitors from Physio Control for $73,703.

One of the ambulances and cardiac monitor will be used for the Milwaukee EMS Substation, while the other vehicle and monitor will replace an existing ambulance in the county’s fleet.

According to information provided by County EMS Director Charles Joyner, three bids were received by the county for the purchase of ambulances, including Northwestern, Select Custom Apparatus ($129,591) and First Class Fire Apparatus ($104,923).

Joyner noted that while First Class Fire Apparatus was the lowest bid, he recommended the county purchase the vehicles through Northwestern despite a $23,000 difference between the two.

“My concern there is the chassis have to be purchased from GM since they will be on Chevrolet chassis. The price for those are pretty much set,” he said. “My concern is that the only place they can save money is in the construction of the actual patient compartment that is mounted onto this chassis.”

Joyner said all of EMS’s current vehicles have come from Northwestern and he has been very satisfied with their work.

He added he is familiar with Select Custom, but had not dealt with them directly.

Joyner said the cardiac monitors to equip the new vehicles were not placed out for bid to keep all of the monitors the same for logistical purposes as each brand of that specific equipment utilize its own parts, accessories and supplies.

“Did you investigate this company (First Class Fire Apparatus) at all,” asked Commissioner Fannie Greene.

Joyner said he did make some phone calls to some agencies that purchased trucks from the company.

Additionally, Joyner said one the Northampton County EMS supervisors went to a tradeshow and saw some of the ambulances from the company there and was not impressed with the construction of the vehicles.

“I’m basing my opinion on the price and what he (the supervisor) saw first hand,” he said.

Commission Chairwoman Virginia Spruill said the county had utilized Northwestern in the past and questioned Joyner if they were reputable even with the great difference in the amount.

Joyner said he did find them reputable.

“You have no dissatisfaction with them,” Spruill asked.

“Based on our experiences, when you have this kind of difference in low bid and then you have the top two bidders within $1,500 (of each other), there obviously has to be a quality issue somewhere,” County Manager Wayne Jenkins said.

Commissioner Chester Deloatch questioned if the vehicles could be re-bid given the difference.

Jenkins said it could, but the top two companies would probably submit the same price.

Joyner said the top prices submitted were similar to the cost of ambulances the county had purchased in the past.

Spruill referred to Finance Officer Dot Vick’s comment on the decision paper in which Vick wrote “patient safety should be a priority over cost.”

“I do think patient safety is always a priority,” Spruill said.

“You have to consider with a vehicle that has a track record of what we have and then we change from what we’re using and we have a less quality product, that vehicle stays in the shop, we have downtime for employees, we’ve got a vehicle out of service—taking all those things in account is why Mr. Joyner is making the recommendation he’s made,” Jenkins replied.

The commissioners voted unanimously to approve a lease purchase with Northwestern and Physio Control for the ambulances and cardiac monitors, respectively.

In a later interview, Jenkins said subsurface work on the eastern EMS substation has been completed and foundation work should begin soon. He added it will take approximately 30 days to construct the building and the project has a tentative completion date of Jan. 1.

In other emergency services news, the commissioners also approved adjustments to rates for stand-by services: $75 an hour for schools and non-profits and to continue to charge the already approved rate of $75 per half hour for all others. 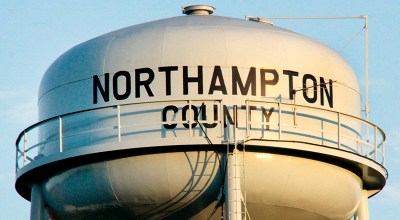 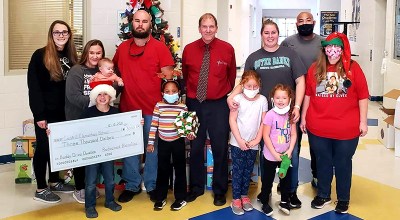 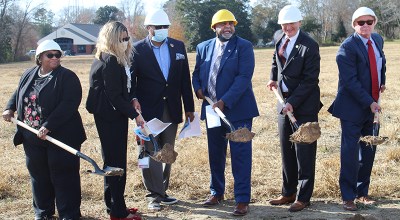