Arrest made in baby’s death

AHOSKIE – An Ahoskie man surrendered to police here Wednesday after learning of his indictment in the February murder of a five-month-old baby. 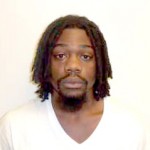 Fitzhugh said Powell was served indictments for first degree murder and two felony counts of child abuse. Powell was processed at the APD by Officer John Ashley and given an initial court date of Oct. 29. He was placed, without bond, in the Hertford County Jail.

“Mr. Powell was charged as the result of an ongoing investigation and the findings of an autopsy report performed on the child,” Fitzhugh said.

Fitzhugh, citing the integrity of the case, did not release the child’s name.

He added that APD Detective Sgt. Stephen White has actively worked the case since the incident occurred on Feb. 28. Through that investigation White was able to secure a true bill of indictment against Powell from the Hertford County Grand Jury. That indictment came down on Sept. 4.

“Although an arrest has been made, anyone with additional information on this case is asked to step forward and contact Sgt. White at 332-5012,” Fitzhugh said.

The case – initially reported as unresponsive child – was ruled as a homicide early into the investigation. Fitzhugh confirmed that the cause of death was due to blunt trauma to the infant’s body.