The school year has begun and all fall practices are officially underway.

There have been a lot of important roles given out as of late at Chowan University. Some new faces and a lot of familiar faces will be gracing the athletic department with their presence and skills. 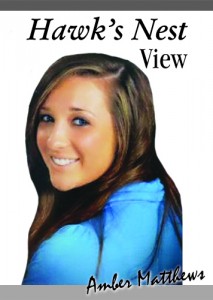 Christina Merrida, a native of Woodland, California, joins the Chowan Softball coaching staff as a volunteer assistant coach. Merrida is a graduate from East Carolina University where she was a four-year starter for the Pirates softball program. She will primarily deal with the outfielders and slappers, which is her area of expertise.

The CU football team has announced two new roles as well. Tommy Austin has been added to the coaching staff as an Associate Head Coach for Defense. Throughout his coaching career, Austin has been selected as Football Coach of the Year in the Virginia Commonwealth Conference (1999), and Baseball Coach of the Year for four consecutive years (1990-1993), also in the Virginia Commonwealth Conference.

Anthony Adams is another recent graduate from Chowan University and another name added to the football staff as video coordinator. He will be responsible for handling film exchanges during the season, coordinating the student-filmer program and film set-up for games and practices.
The CU soccer team has announced that 2012 graduate and former men’s soccer player Scott Cullen will join the men and women’s soccer coaching staff. As a student-athlete at Chowan, Cullen was a four year member of the men’s soccer team and was ranked third in NCAA Division II for saves in a season (141) and saves per game (7.83) his senior year.

The Chowan athletic department is proud to announce that it will be adding its 15th varsity sport to compete at the NCAA DII level, Men’s Cross Country.

Rick Heckler will be in charge of keeping this sport on track as well as the women’s bowling team this year. Heckler has lots of coaching experience from nearby schools such as Northampton County High School- East and Hertford County High School.

By Tommy Bryant Sports Writer LASKER – With only four seniors listed on their roster, many believed the 2012 Northeast... read more