WINTON – A local man is being held here under a $4.125 million secured bond, charged with 45 felony counts of sex related crimes against a juvenile female.

Adam Dewayne Sauls, the subject of a brief manhunt two weeks ago after Ahoskie Police sought to question him in the case, was returned to Hertford County on Friday after being locked-up in the Western Tidewater Regional Jail in Suffolk, VA where he was picked-up by law enforcement officials there on June 20. 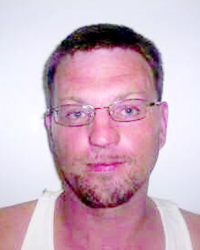 Ahoskie Police Chief Troy Fitzhugh said that Sauls, 37, was charged with 18 counts each of statutory rape and crimes against nature as well as nine counts of indecent liberties with a minor.

Fitzhugh did not reveal where the alleged crimes took place. Two weeks ago APD officers went looking for Sauls at his last known address, an apartment on Church Street. However, on the arrest report written last Friday, Sauls told APD officers that he resided at 69 US 13 South, Eure (in Gates County).

Fitzhugh did say that the criminal investigation against Sauls began June 14 after the parents of the victim contacted his office. APD Detective Sgt. Stephen White was assigned to the case.

“At the conclusion of that investigation he had learned that the underage female had allegedly been sexually assaulted beginning in July of last year up until April of this year,” Fitzhugh said.

“I would like to thank Detective Sgt. White for the professional manner in which he handled this case,” Fitzhugh said. “I would also like to thank the Suffolk Police for assisting us in a quick manner after the media blast was aired.”