I hope you are all getting geared up and prepared for two exciting seasons from this year’s football and volleyball teams!

Only 73 more days left until the CU football team kick starts their season against Livingstone College on September 1. 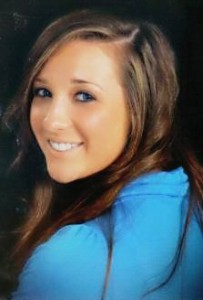 On the other hand, the CU volleyball team is set to attack in just 72 more days on August 31 in the Janet Collins Tournament. These dates are approaching quickly so be sure to stop by the Chowan Bookstore and retrieve all of the fan gear you need to cheer the Hawks on to victory!

Hipple had a stellar year for the Hawks as she earned NFCA Second Team All-Region recognition and was named to the All-CIAA team as an outfielder.  She completed her sophomore season with a .403 batting average, led the CIAA in triples (6), and tallied 18 doubles and 47 RBIs.

Senior teammate Allie Kolezynski closed out her career the same way she started, with a selection to the NCCSIA All-State team as a utility player.

The 2009 All-State honoree hit .357 at the plate and recorded a 10-9 pitching record with a 3.35 ERA. In her final season for the Hawks, Kolezynski was named to the 2012 CIAA Commissioner’s All-Academic Team and CIAA Woman of the Year.

A reminder to all softball players in the 9th-12th grade that the first of two summer day camps hosted by the CU Softball Team will be this Wednesday, June 20, starting at 9 a.m. and ending at 4 p.m.. The cost is $50.00 per camper. Lunch is included in the price. Please come out for a fun and instructive day of softball!