REHOBOTH – Shelia Moses is her brother’s keeper and she intends to find him.

Saturday will mark one year since Daniel McCoy Moses disappeared from his home near the small Northampton County community of Rehoboth.

Daniel, 59, was last seen the morning of June 16 and he was discovered missing following a fire that destroyed his home, which was bought in the 1950s by his grandfather. 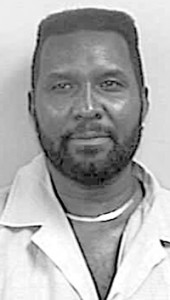 Daniel McCoy Moses of the Rehoboth community in Northampton County was reported missing on June 16, 2011.

According to investigators, Daniel was not found inside of the home or on the property, yet his vehicles remained parked in the driveway.

The fire was deemed suspicious because it occurred the same day Daniel went missing. However, a State Bureau of Investigation (SBI) arson investigator came to the conclusion that faulty wiring in the air conditioning unit was the cause.

Daniel Moses is a black male with a mustache and black hair with shades of gray cut in a box style. He is 6-foot, three inches tall and weighs 200 pounds.

As mysterious as his disappearance is, for the Moses family it’s been one year of waiting, wondering and worrying.

For Shelia Moses it’s a search that will never end until Daniel is found and brought home. Each day she devotes an hour to her brother’s case, scanning for headlines on the Internet and even seeking out her own leads. She says it’s a healthy outlet to deal her emotions.

“I can be obsessed with it, but I need to take it and put it in perspective,” she said.

Despite their 10 year difference in age, Shelia and her brother had a bond. She recalled the time Daniel, known as “Sam” by his family, lived in New Jersey. She remembered how her brother took her to New York where she saw her first film, “Sparkle”, and ate Chinese food for the first time.

After an injury to his back, Moses said her enjoyed the simple life fishing and cooking barbecue, the latter of which he sold to loyal customers around the area.

Moses said to her and the family’s knowledge, Daniel had no enemies.

Moses believes the person (or persons) responsible for her brother’s disappearance is someone who knew Daniel well.

“My theory is it was someone very close to him,” she said.

Moses said the SBI has been working along with the Northampton County Sheriff’s Office on the case. She hopes the SBI’s presence in the case will help bring it to a conclusion because of their additional manpower and resources.

Northampton County Sheriff Wardie Vincent confirmed the case is still being investigated by his office along with the SBI.

“We’ve been working actively on this case and following up on leads that come up,” he said.

Vincent said the SBI has been helpful to the case as some leads have led them outside of the county and the SBI has the resources to assist in investigating those leads.

In the meantime, Shelia Moses vows to never give up on the search for her brother.

“I am my brother’s keeper,” she said.

Moses urged those who saw her brother on or shortly before June 16, 2011 to come forward with even the simplest of information.

“How did he look that day? How was he acting?” she said.

Moses said the smallest detail could help the case.

“If they do it for the money, that’s on their conscience,” she said. “At the very least, do it for the woman waiting for her son.”

WINDSOR – Two people have already filed to seek seats on the Bertie County Board of Education. Neither is an... read more