AHOSKIE – Mr. Donald Lee Smithwick, age 71, died at his home in Ahoskie on Monday, June 4, 2012 with his loving wife at his side.  He was a native of Bertie County. 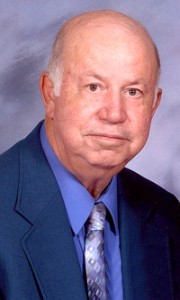 In addition to his many accomplishments in business and community service his greatest commitment was to his family.  Mr. Smithwick was a loving husband, father and grandfather.

Preceding him is his father, Bernard Todd Smithwick.

Funeral services will be conducted on Thursday, June 7, 2012 at 3 p.m. at e St. John’s Baptist Church in Ahoskie with the Rev. Woody Copeland and the Rev. Gary Medford officiating.  The interment will follow at the Ahoskie Cemetery in Ahoskie.

The family will receive friends at the St. John’s Baptist Church on Wednesday evening from 7:00-8:30 p.m.

Sykes Funeral Service of Rich Square is handling the arrangements and online condolences may be directed to the family at www.sykesfuneralservice.com.

LEWISTON-WOODVILLE – Josephine Lassiter Modlin, 88, a resident of Greenfield Place in Greenville and a native of Bertie County, died... read more