GREENVILLE– An Aulander woman, already awaiting trial for allegedly embezzling from her former employer in Northampton County, is now facing the same charge in Pitt County. 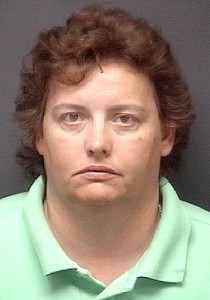 According to information forwarded by email to this newspaper from the Greenville Police Department, Davenport had been employed as Office Manager of RIMTYME until February 2012 when an internal audit found discrepancies in the accounting system that prompted a police investigation.

The ensuing police investigation found that between January and February of this year Davenport had diverted more than $2,700 from client accounts for her personal use.

Davenport was charged with one felony count of embezzlement and jailed under a $15,000 secured bond.

During the time of this report and investigation, Davenport was already under indictment and awaiting trial for an alleged embezzlement from a previous employer in Northampton County where she is charged with stealing more than $100,000.

WINTON – Despite a slight increase in projected spending, Hertford County’s operating budget for 2012-13 is built using the current... read more