Mr. and Mrs. Harvey Thomas Bryant of Conway announce the engagement of their daughter, Rebecca Lynn Bryant, to Jonathan Louis Martin, both of Conway. The bride-elect is the granddaughter of the late Mr. and Mrs. Roger William Martin of Conway and the late Mr. and Mrs. Hinton Rayford Bryant of Murfreesboro. Her fiancé is the son of Mr. and Mrs. Johnny Alvin Martin of Conway.  He is the grandson of Alton Louis Smith of Boykins, VA and the late Ruby Smith Smith and the late Mr. and Mrs. Roy Martin of Conway.  The bride-elect is a 2007 graduate of Northeast Academy and a 2012 graduate of Roanoke Chowan Community College with an Associate Degree in Human Services Technology with a concentration in Mental Health.  She plans to further her education at East Carolina University.  The groom-elect is a 2003 graduate of Northampton County High School-East and a 2011 graduate of East Carolina University where he received his Bachelors of Science degree in Industrial and Systems Engineering.  He is currently employed at Metal Technologies of Murfreesboro as an Engineer. The couple will exchange wedding vows at 5 p.m. on Saturday, June 16 at Conway Baptist Church, Conway. 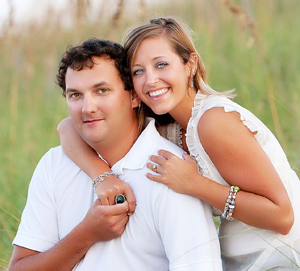 Ken and Sandra Hanks and Nathan and Monette Rich of Reidsville announce the engagement of their daughter, Suzanne Hanks, to... read more