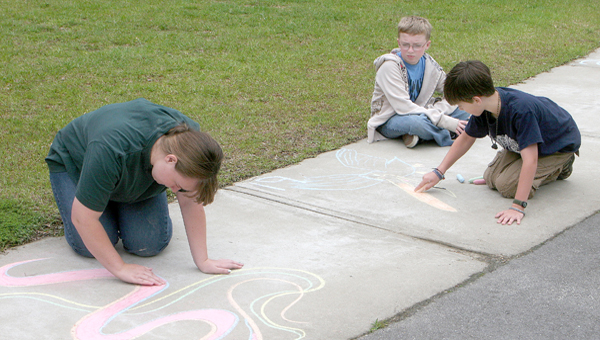 GATESVILLE – They came from Gates County.

They came from the Roanoke-Chowan and Hampton Roads areas and from Greensboro and beyond.

All totaled, more than 2,000 people invaded the bastion of nature’s glory that is Merchants Millpond State Park Saturday.

“Overall, it was a great event,” said Park Ranger Jay Greenwood. “The parking area stayed full from the beginning of the day until just before we closed up.

“The rain held off too,” he said. “It was perfect, you couldn’t have asked for a nicer day.”

The second annual event featured a 5K run as well as a host of activities for the young and old.

The inaugural 5K event drew 89 people to the race with Gates County’s own Timmy Hedgepeth placing first with a time of 20 minutes and 50 seconds.

The runners received a t-shirt that was given to them through the cooperative efforts of Trail’s End Campground, The Petaler Florist, Lee Insurance and the Community Fitness Center.

“We appreciate their help very much,” Greenwood said.

The annual Millpond Day also featured the music of Bobby Plough as well as bounce houses and face painting for the children. The event drew crowds of families as the youngsters got to play and see the beauties of the park.

Among those fun activities for the children was a sidewalk art contest which drew more than 30 youngsters. Prizes were awarded to the top three participants who were Cole Dickerson, Brett Johnson and Eleanor Boyd.

There were also canoe rides, including a birding canoe trip. Greenwood said the participation in those trips was very high and that people seemed to enjoy the opportunity to spend an hour or more on the millpond.

While the Millpond Day drew a crowd from outside the area, Greenwood said it was also supported extremely well by the people of Gates County.

“We had a good Gates County crowd,” he said. “We always receive a lot of local support from Gates County citizens and that means a lot to the park.”