Jennifer Jenkins Chao of Winston-Salem served as her cousin’s Matron of Honor and Ann Mariah Lee, also of Winston-Salem, was the Maid of Honor. Josie Jenkins Cimini of Providence, Rhode Island, cousin of the bride, and Kimberly Clay Wilkerson of Nags Head, sister of the groom, were bridesmaids.

The bride, who was presented by the Terpsicorean Club at the 1999 North Carolina Debutante Ball, graduated from The Ashville School, Randolph Macon College, and the Bon Secours School of Nursing. She is employed as a registered nurse at St. Mary’s Hospital. The groom graduated from St. Christopher’s School and Hampden – Sydney College. Mr. Burlee is self employed.

Following a honeymoon to Aruba in May, the couple will reside in Richmond. 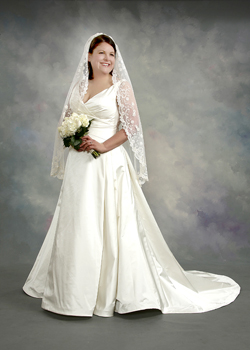