Shea Tann, 21, of Woodland and Rodney Newsome, 37, of Rich Square were recently arrested for the crime, according to Northampton County Sheriff’s Detective Lt. Brenda Burnette. 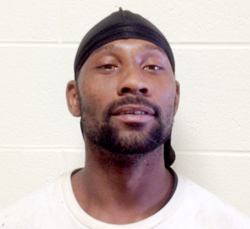 Tann and Newsome were both charged with misdemeanor breaking and entering and misdemeanor larceny. Burnette said Newsome also had an outstanding child support warrant.

Both men were taken to the Northampton County Jail where they were placed under a $1,000 bond each. Newsome also had bond of $5,000 for the child support warrant.

Burnette said last Friday (March 30), Detective Sgt. Courtney Williams was on routine patrol on Willis Hare Road in Pendleton when he saw a vehicle with its trunk open off the side of the side of the road.

Burnette said the trunk was filled with scrap metal, including an old refrigerator. Williams also observed two men, later identified as Tann and Newsome, walking from behind a nearby residence. Williams questioned the men about the scrap metal. 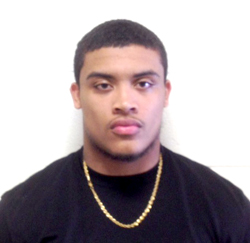 “Mr. Newsome advised Sgt. Williams that they had permission from the owner to take the items,” Burnette said.

Williams tracked down the owner who said the two men did not have permission to take the items.

“The owner identified the refrigerator as one that had been stored in a shed at the back of the residence,” said Burnette.

The owner was also able to identify a car radio that had been taken from the vehicle.

Burnette noted this particular victim has had several items previously stolen from their property and the case is still under investigation.

She added the NCSO urges their personnel to investigate any suspicious activity they see. She also encouraged citizens to report anything that seems out of place.

POWELLSVILLE – Despite his diminutive stature, little “Snoopy” is one tough critter. The tiny Dachshund, who was seriously injured Sunday... read more