Jay and Teresa Jenkins of Woodland announce the upcoming marriage of their daughter, Shannon, to Nick Matkins, formerly of Windsor. The two were engaged a year ago and a March 10 wedding is planned at Woodland Baptist Church. Matkins is the son of Rick and Bonnie Matkins of Hickory and is a former assistant district attorney in Bertie County. They both are currently employed with the Alamance County District Attorney’s office in Graham. 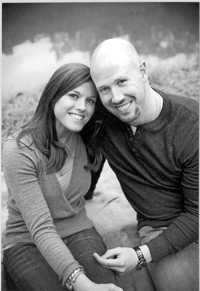