ASHEBORO – Elmer Duke Whedbee, Jr. 65, retired environmental and technology consultant, passed away at High Point Regional Hospital on Tuesday, February 14, 2012. He was born November 21, 1946, at Norfolk General Hospital in Norfolk, VA to the late Elmer Duke Whedbee, Sr and Marietta Hayes Whedbee.  He grew up in Ahoskie and graduated from Ahoskie High School.  He continued his education at North Carolina State University in Raleigh where he completed undergraduate and graduate degrees in biology and related sciences.  In addition to his bachelors and masters degrees, Duke also studied abroad in Australia on numerous research projects. 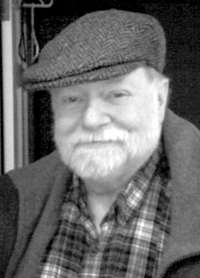 While working his way through graduate school, he was a manager for Hardees Food Systems.  Following the completion of his masters degree and post graduate research, he worked as an environmental engineer and biologist in the private and public sectors.  One of his most rewarding career highlights included the environmental restoration work he did for the world’s largest phosphate mine located in Aurora, NC where he focused on the reclamation of forests and wetlands.

He thoroughly enjoyed reading, working with computers and researching various fields of study. His insight on numerous subjects added to his unique talent for making difficult topics easy to understand.  When his health allowed him to be more active, he loved spending time with his sister and three nieces when they were growing up, and later their respective extended families.  He treasured the outdoors and was a great teacher of fishing, hunting, camping, hiking, bird study, and canoeing.
He moved to Asheboro in 2000, where he made many friends and later became a member of First United Methodist Church in Asheboro.

He is further survived by many close friends including Mike and Cindy Walker  (Asheboro, NC), their two sons, Colin Walker and Evan Walker who are also Duke’s god sons.

In addition to his parents, he was preceded in death by his sister, Mary Eleanor Whedbee.

The first service will be held at the Chapel at the Cross Road Retirement Community (1302 Old Cox Road, Asheboro, NC 27205) on Saturday, February 18 at 4 p.m.  The second service will be held in Ahoskie at a future date to be announced.  At that time he will be interred in the Whedbee family plot in the Ahoskie Cemetery.

In lieu of flowers, the family asked that donations be given to a favorite charity.