Given in marriage by her parents and escorted by her father, the bride wore a satin A-line dress with lace cap sleeves and a chiffon split front and was detailed with metallic embroidery.  The gown featured a chapel length train.  For a headpiece the bride wore a fingertip length two tiered veil with a scallop edge detailed with beaded flowers and sequins.

Mitzi Hargrave Taylor of Conway, friend of the bride, served as Matron of Honor.  Bridesmaids were Rebecca Lynn Bryant ofConway, JamieElizabethCocke ofGreenville, Lindsey Bridgers Ferguson of Pendleton, and Brandy Sumner Warmack of Aulander, all friends of the bride, and Katie Harris Morgan of Pendleton, sister of the groom.

Serving as flower girl was Madison Bree Collier, niece of the groom, and the ring bearer was Cole Early Taylor.

Sandra Boone ofConwayand Susan Taylor ofJacksonserved as Mistresses of Ceremonies.  Amy Parker of Weldon was the registry attendant and Jessica Duncan of Seaboard presented programs to the guests.

A reception, hosted by the bride’s parents, was held following the ceremony at Valley Pine Country Club in Lasker.

The bride is a 2007 graduate ofNortheastAcademyand a 2010 graduate ofRoanoke-ChowanCommunity Collegewhere she received an Associate Degree in Nursing.  She is employed byVidantRoanokeChowanHospitalin Ahoskie.

The groom is a 2004 graduate of Northampton County High School-East and is employed by Glover Construction Company, Inc. inPleasant Hill.

After a honeymoon cruise to the Caribbean islands the couple now resides inConway.

Nov 19 – A bridesmaids’ get together was hosted by the bride’s grandmother, Betty Rawls, at Tavern 125 inMurfreesboro

Oct 23 – A miscellaneous shower was hosted by friends atZionUnitedMethodistChurch 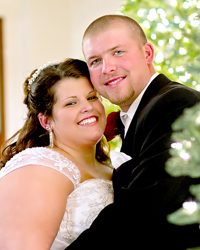