Opening ever so slightly

It is the kind of surprise for which every ambitious politician must be prepared: the unexpected decision by an incumbent elected official to retire.

It is, my friend Jay Rivers told me, the kind of window of opportunity that opens ever so slightly and rarely. Be ready to decide quickly and pounce on the unexpected opportunity, before the window closes as a result of others’ decisive action. 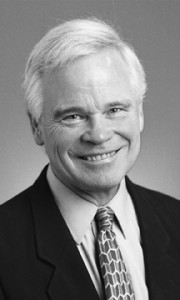 John Spratt, the former South Carolina congressman, once told me about his first campaign. It started when his congressman dropped the bombshell that he would not run for reelection. Many other ambitious politicians would have loved to go to Congress, but all were surprised and unprepared to gear up a campaign. Spratt, though surprised, was ready. Sometime earlier he had made a telephone list of key people in his district. Before the day was over, he called everybody on the list.

First, he asked for their support. He tried to get them to make a solid endorsement. When seasoned political leaders make such early commitments, most try to keep them. There are exceptions, but whatever their failings, such leaders like to have a reputation for keeping their word.

Politicians, like the rest of us, have a hard time turning down a request for support from a friend. Although the people on Spratt’s list had other friends who might have wanted to run, Spratt got their commitments because he was first to ask.

Some on the Spratt’s list would be more cautious, saying something like, “I am not ready to commit.” Spratt would try to get them to promise not to support anyone else until the dust settled and “we’ve had a chance to visit again.”

Others might tell Spratt that they liked him but that he would not be their first choice, saying, “I really hope Joe Blow will decide to run, and, if he does, I will have to support him.”

Then Spratt might ask, “If Joe doesn’t run, can I count on your support?”

All this early work garnered Spratt important supporters, some of whom might have gone to other candidates if he had not asked first.

Spratt’s first campaign was 30 years ago, but being first to make the calls is still critical.

Today, however, there is something even more important: Being ready, willing, and able to raise or give the multimillion dollars necessary to conduct the campaign.

When today’s political candidate makes these early calls for support, the first questions from many people will be, “Where is your money going to come from? Do you have enough personal money to put in the pot? Where are you going to get the millions and millions it takes to win?”

After Governor Beverly Perdue’s announcement that she will not run this year, Lt. Governor Walter Dalton and state Representative Bill Faison were ready. They have the advantage of being first to make the public request for support.

But as they are making calls and asking for commitments, they have to respond to the money questions. Faison has some personal wealth, but he will have to persuade prospective supporters that he has enough money and is willing to spend it. Dalton has shown he can raise funds to win a statewide race, but he will have to convince people that he can step up the fundraising to a much higher level.

Both are getting some cautious responses from people who think Erskine Bowles would be the strongest Democratic candidate or those loyal to one of the many other possible candidates.

But there is something nobody can take away from Dalton and Faison. They were ready. They are out there, making early calls. And they have a better chance to win than if they had waited until that window of opportunity started to close.

Baffling accounts of the criminally insane