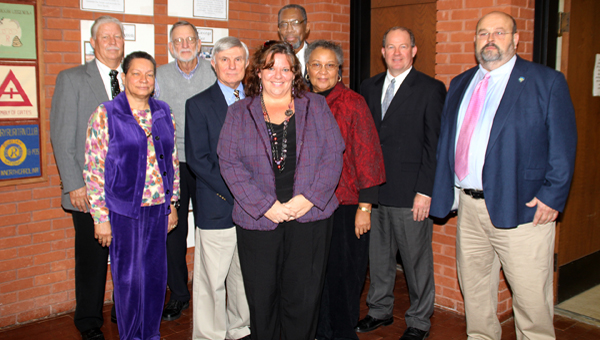 GATESVILLE – After more than a decade of helping the people of Gates County, Colleen Turner is saying good-bye.

Following a recent closed session meeting with the Gates County Board of Commissioners just after the end of their regular session, Turner officially announced her departure after serving for 11 years as the county’s Director of Social Services.

Turner said she will be leaving in July of next year, opting to give her notice now to afford the Board of Social Services ample time to hire a suitable candidate to lead the Social Services Department while she fulfills several critical obligations.

She broke the news to the DSS Board at their Nov. 28 meeting, informing her peers that she would be embarking on a new opportunity in Cape Coral, Florida.

“I want to be responsible in the way I transition from this important work I’ve been blessed to perform for the past 11 years,” Turner said. “There’s a lot to be done between now and June, and in order to be able to focus I had to be completely up front with the Board about my plans.”  Turner cited the need to oversee projects that include upgrades to technology in preparation for the June implementation of NCFAST (an automated case management system for social services programs); the pursuit of non-profit status for the Gates County Housing Committee (under the CDBG Capacity Building Grant awarded to the County in October); and working with the Gateway Community Health Centers’ Board on hiring a full time permanent Executive Director.  (Turner serves as founding President.)

Turner will remain in her position until a new DSS Director is hired and oriented or June 30, 2012, whichever comes first.

“We are saddened by the departure of Colleen, who has been the Director since March 2001,” stated Billy Presley, Chairman of the Gates County DSS Board. “Since moving to Gates County from her Social Services position in Ohio, she’s made great strides in moving the department forward and strengthening the presence of the DSS agency in the community.

“We appreciate Colleen, but understand the human need to improve oneself and expand their horizons,” Pressley added.

At their upcoming meeting (Jan. 23), the DSS Board will begin the process of recruitment for a new Director.  The Board is exploring several options to procure the most qualified candidate to further improve outcomes for county citizens who benefit from the services provided by the DSS agency.

“Since the DSS Board expanded to five members I have been extremely pleased by the working relationships developed among the Board members and with Ms. Turner and feel that great progress has been made,” noted John Hora, a County Commissioner who represents that government entity on the DSS Board. “The Board will make every effort to find a candidate with the leadership skills exemplified by Ms. Turner over the past 11 years as Director.”

“I have loved living and working in Gates County and intend to maintain strong connections here, returning often.  We will continue to own property in Gates County and look forward to seeing growth and prosperity in the coming years,” Turner concluded.

Turner leaves Gates County for the home of her youth in southwest Florida to be near family and to head a non-profit organization that works to improve health and well-being outcomes for at-risk youth.

COLERAIN – Out of evil, many times good will come. Such has been the case for those devastated by the... read more