JACKSON — A Bertie County man was arrested after he allegedly kidnapped his wife and children, according to the Northampton County Sheriff’s Office.

Patrick Cofield, 42, of Windsor stands charged with felony stalking, three counts of second degree kidnapping, three counts of assault with a deadly weapon with the intent to kill, injury to personal property and violation of a domestic violence protection order. 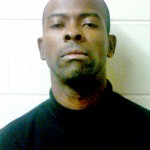 According to NCSO Detective Lt. Brenda Burnette, the charges stem from an incident that occurred on Dec. 8.

Burnette said the wife along with two small children were traveling in a vehicle when Cofield began following them in his vehicle.

“She (the victim) realized someone was following her and called her mom,” Burnette said.

A call was eventually placed to 911 and local authorities were summoned to respond.

On Fire Tower Road, Cofield allegedly pulled his vehicle in front of his wife’s car. Burnette said a collision occurred between the two vehicles and the victim’s car was forced off the road and into a ditch. The woman and children were then apparently forced into the suspect’s vehicle.

Burnette said when law enforcement arrived they found the wife’s car empty and issued a BOLO (be on the look out) for the suspect’s car.

In Rich Square, Police Lt. Kevin Byrd spotted the vehicle as it pulled into a business. Burnette said other officers responded to the scene and Cofield was taken into custody.

The victims were not injured.

Cofield was placed in the Northampton County Jail under a $500,000 secured bond.

Burnette thanked the officers who assisted in the arrest. She noted the situation could have been much worse.