Mr. and Mrs. Robert Glenn Joyner of Carrsville, VA announce the engagement of their daughter, Sara Beth Story, to Alvin Thomas Hedgepeth, the son of Mr. and Mrs. James Hedgepeth of Conway. She is also the daughter of Glenn Story. The bride-to-be is the granddaughter of Peggy Mulder of Franklin, VA and the late Ruben “Jake” Mulder and Rubin Story of Franklin, VA. She is the step granddaughter of Mr. and Mrs. Sherman Joyner of Courtland, VA. The groom-elect is the grandson of the late Alvin and Dorothy Bridges, formerly of Severn and the late James and Pat Hedgepeth, formerly of Conway. Miss Story is a graduate of Windsor High and is attending Halifax Community College studying Dental Hygiene. Mr. Hedgepeth is employed with C.D. Howell & Sons of Como. A December wedding is planned. 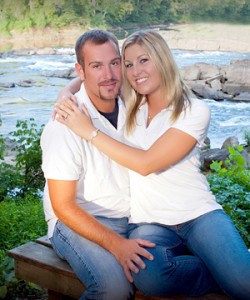 Al and Lynn Simmons of Ahoskie announce the engagement of their daughter, Jessica Victoria Simmons, to Caleb Brent Beacham, the... read more