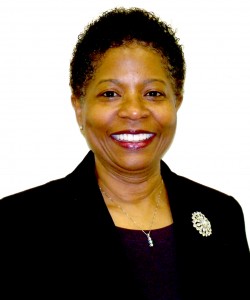 Among her many accomplishments include the recognition as Region 1 Superintendent of the Year.

“That recognition belongs to the entire school district,” stated Smallwood.  “I could not have achieved this recognition without the support of our students, parents, faculty and staff.”

Among Smallwood’s strengths was the ability to motivate those around her.  Her job ethic served as an example for all.  She often used poetry to inspire others to step outside of their comfort zone.  One such poem is by Benjamin Mayes called “Life is But a Minute”.  Smallwood tells her audience that…

Life is but a minute with sixty seconds in it,

Forced upon you – can’t refuse it,

Didn’t seek it – didn’t choose it,

But it’s up to your to use it,

You must suffer if your lose it,

But eternity is in it.

When asked about her future plans, Smallwood was undecided.

“I plan to get some rest,” she stated.  Following that time, I have several options that include working part-time at the state level, serving as a consultant, or perhaps, running for a public office.”