Irene: The morning after 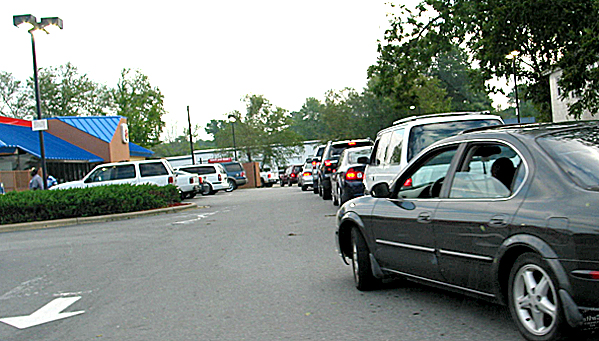 The sound of wind has been replaced by buzzing chain saws across the Roanoke-Chowan area.

As Hurricane Irene churns its way towards New York and points further north, R-C area residents rose with the sun on Sunday morning, some now seeing for the first time the wrath left in the wake of the storm. As of 8 a.m. Sunday, the center of Irene was 40 miles south, southeast of New York City packing winds of 75 mph.

Downed trees and power lines litter local roads, residential yards and businesses. Electrical power outages are widespread across the entire R-C area (Bertie, Gates, Hertford and Northampton counties). Dominion Power is reporting 975,000 customers without power in North Carolina and Virginia. Roanoke Electric, based in Ahoskie, is working to restore power to 13,000 customers stretched out over its six-county service district.

Meanwhile, water is rising in local waterways. As of 4 a.m. Sunday, the Cashie River at Windsor was at 11.5 feet and is expected to continue to rise to near 12.4 feet by later in the morning. Portions of downtown Windsor are flooded.

The National Weather Service has issued a Flood Warning for Windsor. The Cashie River is expected to fall below flood stage (8.0 feet) by early Tuesday.

Curfews in the local area were lifted as of 6 a.m. Sunday and local residents took advantage of that fact to venture out to see the damage. However, travel remains sketchy at best as many roads are blocked by downed trees and power lines as well as flooded sections in low lying areas.

Most all volunteer fire departments, county and municipal personnel were working the roads on Sunday morning, moving trees and checking for structural damage.

Windsor – Windsor Mayor Jimmy Hoggard has announced a curfew for the town. The curfew will be in effect from... read more