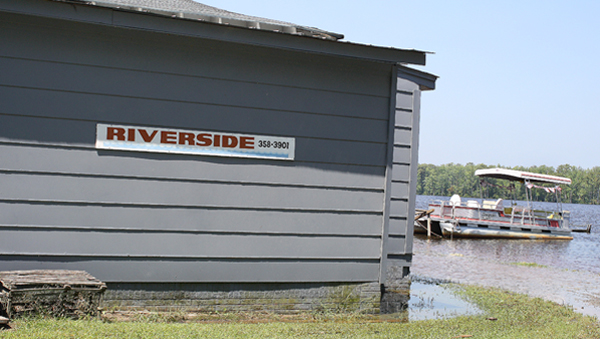 Riverside Restaurant at Tuscarora Beach lived up to its name as shown in this photo taken early Sunday afternoon where waters from the Chowan River are at the front entrance of the popular eatery. Staff Photo by Cal Bryant

The winds have ended; now the clean-up begins.

Hertford County residents are in the recovery mode in the aftermath of Hurricane Irene, a storm that left widespread damage in her wake.

According to the latest update from Hertford County Emergency Management, the county continues to be under a state of emergency, although the countywide curfew ended at 6 a.m. Sunday as well as the ban being lifted for the sale of beer and wine.

Municipal government offices in both Ahoskie and Murfreesboro will operate under normal hours on Monday.

Chowan University officials announced that classes are canceled for Monday.

For updated information from Hertford County Emergency Management, call 252-358-7819. Please remember to only call 911 for emergencies.

WINTON – By all indications, relocating a county seat of government is not buried beneath a mountain of red tape.... read more