Ah, two-a-days. Love them or hate them, they’re a part of preseason football. First practice this morning, the offense took a bit of a step back from yesterday, having some trouble with the two goal line periods.

Red zone scoring, which has been an issue in the past and a focus this camp, is showing some improvement, but is still far from where we want to be. Never fear, Hawk fans, I’m sure we will get plenty more practice in those situations in the practices to come in order to perfect that area of our game. 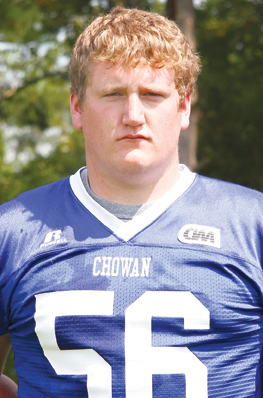 Though we rebounded some in the second practice of the day, some of the malaise from earlier came back to haunt us. There was much more even competition, but nowhere near the obvious success of yesterday. We were also practicing third and long situations all day, so the deck was stacked against us a little bit, but even so, there is still much more work to be done. We have to be able to be able to overcome any situation put before us, and we are working to make sure that we can do just that.

Having already been in camp for almost a week, the Chowan Football Program has already laid the groundwork for an... read more