Gloria Creecy of Raleigh announces the engagement of her daughter, Heather Elaine Creecy, to Rev. William Wiggins Jr., the son of Rev. and Mrs. William Wiggins Sr. of Gates. Heather is also the daughter of the late Hollis Creecy Jr., formerly of Gatesville, and the granddaughter of the late Hollis and Earlyne Creecy, formerly of Sunbury, and the late Curtis and Mary Jacobs, formerly of Rich Square. Heather received a B.A. in Journalism and Mass Communication from UNC-Chapel Hill and works as an editor. William is a licensed minister and also works in shipbuilding. The wedding is planned for November 6 at The Grand Marquise Ballroom in Garner. 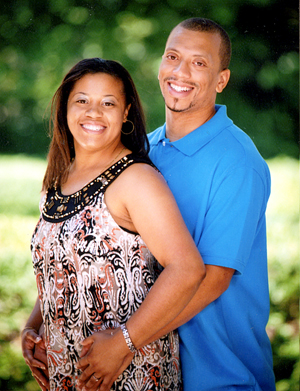