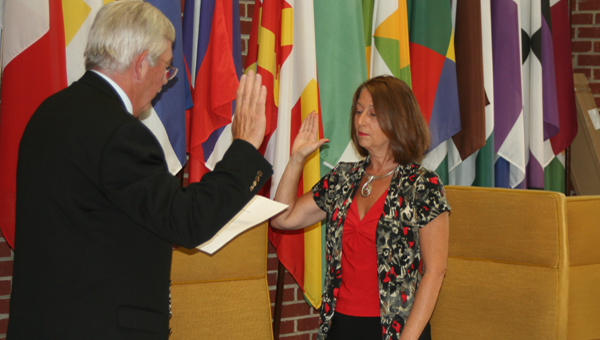 MURFREESBORO—Sarah Wallace has been chosen to succeed the late Molly Eubank in the role of Mayor Pro-Tem.

Mayor John Hinton opened the council meeting by asking those in the audience to take a moment of silence in a show of respect for Eubank, who died July 30.

After briefly speaking with town attorney Buddy Jones, the council decided to open the floor to nominations for Mayor Pro-Tem.

Councilwoman Gloria Odum offered Wallace’s name and no other nominations were received. The council voted unanimously for Wallace to take the position, with Councilman Lloyd Hill absent from the meeting.

“Thank you very much,” Wallace responded.

Hinton then proceeded with the oath of office.