The bride is a graduate of East Duplin High School and East Carolina University with a Master’s degree in Social Work.

A graduate of Northampton High School-East and Wilson Community College, he is employed with Averitt Express in Greenville.

Following a wedding trip to Antigua the couple resides in Blounts Creek.

The bride chose to wear a white gown by designer Oleg Cassini.  The gown was a draped satin bodice with slightly dropped waist featuring beaded embroidered detail, a ball gown skirt with an allover beaded chapel lace train.  Her veil was a one-tier, chapel length with pencil edging.

Junior bridesmaids were Haleigh Casteen of Chinquapin and Jessup Hobbs of Wilmington.

Chloe Casteen of Deep Run and Katie Vinson of Rich Square were the flower girls.

The groom’s son, Bill Vinson of Wilmington, served as the best man. The groomsmen were Lensey Vinson of Conway, Kelly Vinson of Rich Square, Walter Jessup of Fountain, Michael Paul Casteen of Deep Run, and Mike Hobbs of Wilmington.

The wedding was directed by Nell Rogers of Pink Hill

Following the ceremony, a reception was given at the Mad Boar Restaurant for an evening of food and dancing.

On Feb. 5, an engagement party was given at the Duplin Country Club.

On Feb. 20, a Pampered Chef shower was hosted by Sandy Smith, Krystal Smith, Angela Casteen and Danyell Rouse at her home.

On April 10, a bridal shower was hosted by family and friends at Smith Presbyterian Church

On June 10, a lingerie shower was hosted by friends

On June 10-12, a fun weekend in Charleston, S.C. was hosted by Krystal Smith

On June 24, a rehearsal dinner was hosted by Susan Vinson-Greene at Sandy Plain Original Free Will Baptist Church in Pink Hill. 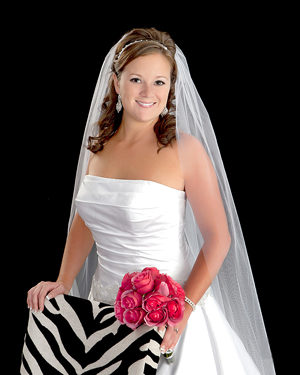 Georgia Futrell of Ahoskie and Curtis Mourning of Windsor announce the upcoming marriage of their daughter, Alesha Monique Futrell, to... read more