POTECASI — A routine call to break up a fight turned dangerous for Northampton County law enforcement officers at a local night club near here. 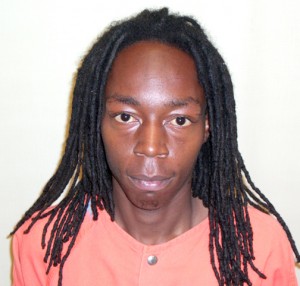 According to Chief Detective Capt. D.M. Harmon, the NCSO received a call at approximately 12:48 a.m. in reference to a fight at the Onyx Club located on Griffintown Road.

Northampton Sheriff’s Sgt. Jimmy Pair, Sgt. Courtney Williams, and Deputy Jimmy Bracy responded to the call. After the officers cleared the call, the person in charge of the club requested they remain at the scene to help clear the parking lot at closing.

Harmon said while the officers were attempting to clear the area a car pulled into the club’s parking lot at a high rate of speed, driving recklessly, and refused to stop for club security officers. The vehicle traveled behind the club and came to a stop adjacent to the building.

“Sgt. Pair proceeded towards the vehicle and at that time the vehicle started backing up,” Harmon said. “He ordered the driver to stop the vehicle, but the driver refused and revved the engine and put the vehicle in drive and then proceeded in the direction of Sgt. Pair increasing his speed.”

Pair reportedly had to dodge the vehicle to avoid being struck. 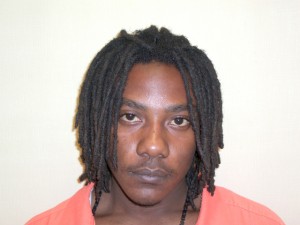 “He recognized the driver as Eddie Sheppard,” Harmon said. “The vehicle then proceeded down the driveway, spinning tires in the rocks nearly running over the other two deputies.”

The vehicle then entered the highway and officers gave chase.  Harmon said the law enforcement officers pursued the vehicle to the Potecasi Mobile Home Park.

“The vehicle stopped and started backing up and then proceeded forwarded to the back of the (mobile home) park,” said Harmon. “The driver and passenger both jumped out of the vehicle and ran into the woods.”

The K-9 unit from Tillery Correctional Institute was contacted and as a result both Sheppard and his passenger, Saddler, were taken into custody without incident.

Sheppard was charged with three counts of felony assault with a deadly weapon on a government official, one count of resisting a public officer, fail to stop for blue light and siren, flee to elude arrest with motor vehicle, DWI and aggressive driving.  He was given an $81,300 secured bond and his first appearance in court date was Monday.

Saddler was served with a warrant for a felony probation violation as well as an order for arrest from neighboring Hertford County for consuming an alcohol beverage by a 19-20 year-old and also possession of a malt beverage and littering. His bond was set at $10,000 secured ($5,000 for each charge) and his court appearance was set for August 15.

No one was injured during the incident.

WINTON – Filing is moving slowly in two Roanoke-Chowan towns. While no one has filed for municipal office in Lewiston-Woodville,... read more