Mr. and Mrs. Sidney W. Allen Jr. of Conway announce the engagement of their daughter, Holley Rose Allen, to Joshua Thad Harris, son of Mr. and Mrs. William T. Harris of Pendleton and Mr. and Mrs. Carl Whitley of Lasker. The bride-elect is the granddaughter of Betty Rawls of Woodland and the late Doyle Allison Rawls, Mr. and Mrs. Robert Davis of Conway and Sidney Allen Sr. of Conway. The groom-elect is the grandson of Mr. and Mrs. William F. Harris of Pendleton, Camilla Cannon of Seaboard and the late Garland Ray Cannon. The bride-elect is a 2007 graduate of Northeast Academy and a 2010 graduate of Roanoke-Chowan Community College where she received an Associate Degree in Nursing. The groom-elect is a 2004 graduate of Northampton County High School-East and is currently employed with Glover Construction Company, Inc. in Pleasant Hill. The wedding is planned for Dec. 3, 2011 at Zion United Methodist Church of Conway. 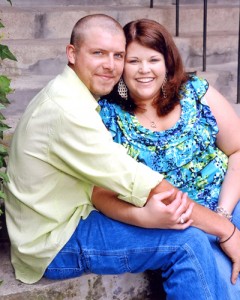 Kevin Rountree of Gatesville and Cynthia Kroswek of Hertford will marry during a 4:30 p.m. ceremony on Sept. 10 on... read more