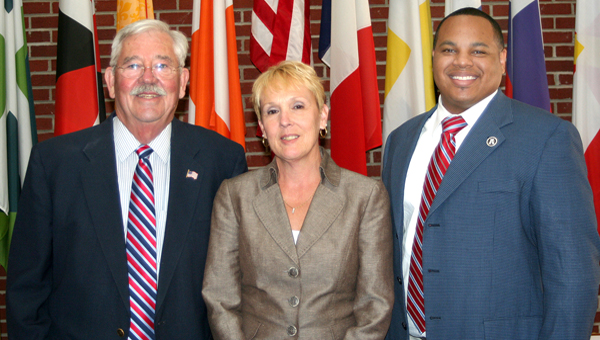 MURFREESBORO — A couple months into her new role as Murfreesboro Town Clerk, Carolyn Brown is finding that change she wanted.

Brown was hired as Clerk by the Murfreesboro Town Council back in May and since then she’s been getting a crash course in local government.

“I just thought it would be a good opportunity and change…learn something new,” she said.

The mother of two grew up in Murfreesboro the daughter of William and Betty Brown. She said her family started Riverside Basket Mill that sat on the banks of the Meherrin River.

Brown worked at Rose Brothers Paving Company before making the transition 11 years ago to Chowan University where she was an accounts payable clerk. Then, one day, the opportunity to apply for the Town Clerk’s position presented itself.

Recalling how she discovered the job opening, Brown said, “I came up here to get my grandson an application to play soccer and Ms. Mabel (Dilday), who is training me, was telling me about (the job) and I said, ‘What do I have to do?’ She proceeded to tell me and I said, ‘Well, I can do that.”

The clerk position has come with new experiences attached, especially in Council meetings.

“I’ve never really attended any local government meetings like that,” she said.

Brown added the only thing that has been challenging so far has been the meeting minutes.

“All the rest of the stuff is pretty much office work and dealing with the public, which I don’t mind doing at all,” she said.

As for the future, Brown plans to expand her knowledge in the role of town clerk.

“I hope to get my certifications for clerk and financial officer,” she said.

AHOSKIE – The Ahoskie Parks and Recreation Department will be hosting the inaugural Heritage Day softball tournament. The tournament will... read more