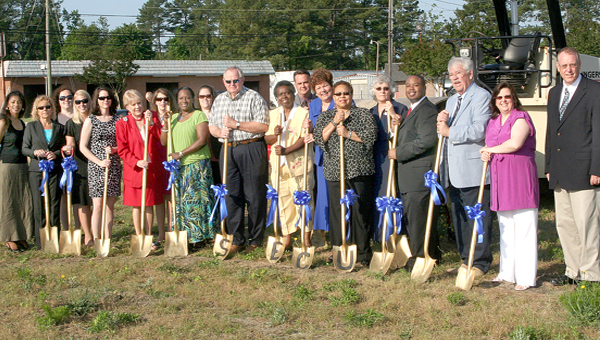 MURFREESBORO — New facilities housing State Employees Credit Union offices seem to be popping up across the Roanoke-Chowan region, and in Murfreesboro it’s no different.

The 6,500 square foot facility will have more space than the current Murfreesboro branch office and provide drive-thru service to its customers. The new building will be located across the street from the current location and is tentatively due to be completed by February 2012.

“Man, are we excited, it’s great to build in Murfreesboro, great to see new construction and business,” said Aycock.

Aycock added she hopes the new building will give the credit union more exposure.

Eure said there are numerous building projects in the work. The new facility in Jackson is nearing completion and SECU is looking to close on land for a new building in Gates County.

“We’re excited to provide a drive-thru and a full service financial institution to folks in Murfreesboro and eastern Northampton County,” he said. “We’re just terribly excited.”