Mr. and Mrs. John Newsome of Ahoskie announce the engagement of their daughter, Holli Brown Newsome, of Wilmington to Bryan Gregory Swenson of Hampstead, son of Sandy Gregory of Spring Hill, Kansas and Roy Swenson of Kansas City, Missouri. The bride-to-be is the granddaughter of Mr. and Mrs. Jim Sellars of Ahoskie and the late Mr. and Mrs. Lloyd Newsome. Holli is an attorney and Bryan serves as a Major in the U.S. Marines Corps. He is an Osprey pilot, currently on a tour of duty in Afghanistan. The wedding is planned for October 15 at the United States Naval Academy Chapel in Annapolis, Maryland. 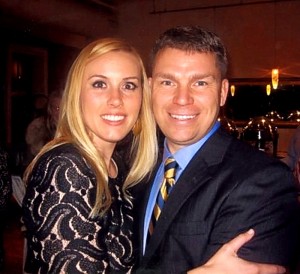