WOODLAND — A Northampton County teenager is facing multiple charges after he allegedly broke into two homes near here. 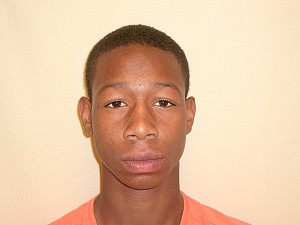 “These charges originated from a day time break-in of a residence that occurred on Midway Lane in Potecasi Mobile Home Park back on April 27, 2011,” said Harmon. “The front door was forced open into the home and the T.V. had been unplugged and moved near the point of entry. Nothing else in the home had been disturbed.”

Vaughan was taken to the Northampton County Jail and his bond set at $10,000 secured. His first court appearance was scheduled for Thursday.

Vaughan is also facing other charges from a breaking and entering that occurred on Tuesday. That case is being investigated by the Woodland Police Department.

Harmon said the suspect is charged with breaking and entering, larceny and possession of stolen property for that crime.

Priority #1: treat everyone the same

One of the many duties of Woodland Town Clerk Kim Bryant (right) is working with customers who come into the... read more