Askew, Futrell to wed in August

Abbey Lorraine Askew and James G. Futrell Jr. announce their engagement.  An August 6, 2011 wedding is planned in Suffolk, Virginia. Abbey is the daughter of Brenda Sessoms of Ahoskie and the late George Howard Askew.  She is a graduate of East Carolina University and holds a Master’s Degree in Education.  Abbey is employed as an Instructional Technology Teacher for Hertford County Public Schools. James is the son of Mr. and Mrs. James G. Futrell, Sr. of Ahoskie. He is a graduate of Elizabeth City State University and holds a Master’s degree in Education.  He is currently working towards an additional Master’s Degree in School Administration from Elizabeth City State University.  James is a School Counselor at Hertford County High School. 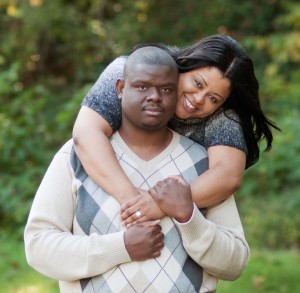