Mr. and Mrs. Michael H. Johnson of Jackson announce the engagement of their daughter, Lauren Elizabeth Johnson, to Nicholas Daniel Hasty, son of C.T. and Elizabeth Hasty of Scotland Neck. The bride-elect is the granddaughter of Jessie C. Johnson of Rich Square and the late James E. “Dick” Johnson, the late Joseph and Inez Davis who made their home in Jackson and the Rev. Donald O. Collins of Emporia, Va. The groom-elect is the grandson of Leasie Hasty of Margarettsville and the late Floyd Hasty Sr. and the late Jesse and Vera Moore who made their home in Scotland Neck. The couple will exchange wedding vows at 5 p.m. on May 21 at Valley Pine Country Club in Lasker. 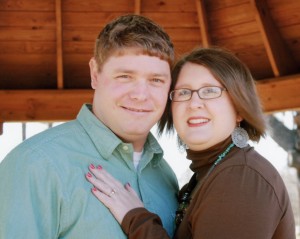 Ron Hignite and Laurie Dilday, both of Ahoskie, announce the engagement of their daughter, Brittany Nicole Hignite, to David Lynn... read more