Mr. and Mrs. Stephen Allen of Pendleton announce the engagement of their daughter, Candi Lynn Allen, to Timothy Wayne Davis, the son of Mr. and Mrs. Philip Howell of Como and Mr. and Mrs. Stephen Davis of Pendleton. The bride-elect is the granddaughter of Lois Russell Tyler of Pendleton, Sidney Allen of Conway, Mr. and Mrs. Robert Davis of Conway and the late Mr. Richard Russell of Murfreesboro. The groom-to-be is the grandson of Erlene Davis, the late Clyde Davis, both of Pendleton, and the late Mr. and Mrs. Charles Hardin of Murfreesboro. Candi graduated from Ridgecroft School in 2006 and is a May 2010 graduate of North Carolina State University with a bachelor’s degree in Elementary Education.  Candi is currently employed as a fourth grade teacher at Willis Hare Elementary School of Pendleton. Timothy graduated from Northeast Academy in 2003.  Upon graduating from high school, he earned a Class C Contractor’s license.  Timothy is currently employed with Cribb’s Construction of Suffolk, VA. The couple will exchange vows during a 5 p.m. ceremony on April 2, 2011, at Roberts Chapel Baptist Church in Pendleton. 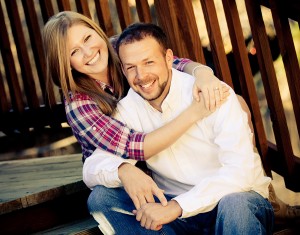