Pork is likely here to stay

No more earmarks.
That is what the President promised in his State of the Union speech a few days ago.
The commentators and political spinners did not make much of this applause line. Maybe, in their minds, it was not much news value. Earmarks are those special provisions in appropriation bills for projects pushed by individual legislators.  Being against earmarks is simply being against political pork. And being against pork and spending for legislators’ pet projects is about as controversial as being for apple pie and Mothers’ Day.
Or is it? 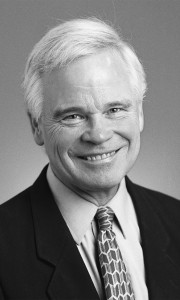 Political insiders tell me that pork is the grease that gets good laws passed. Take it away, they say, and you have a problem getting anything passed.
Here is why. Well, first, you think about it. When does your Congressional representative or state legislator get favorable attention from the media in your area? When do you feel especially appreciative? It is when he or she helps get funding for some important, special local project, isn’t it? A building, a program for kids, a road or bridge project, something to help the local museum or fire department. Right?
Most politicians love to help, and they love the appreciation they get from you when they have “brought home the bacon.” They really want to do something tangible to help their neighbors. Folks tell me that Congressional representatives and some state legislators spend much of their time working to get special local projects worked into appropriation bills — one way or another.
Some years ago, the North Carolina legislature had a custom of letting every legislator designate several thousand dollars of funds each year for a local project or two. It was pork, but it was organized pork, and it was on the table for everyone to see.
Once, when an appropriations bill with all these special projects was being debated, a representative got up to rail against the “pork barrel” process. The manager of the bill rose to say that he would accommodate the protesting representative by taking out the provision for funds to a volunteer fire department that the protestor had requested earlier.
“You can’t have it both ways. You can’t argue against the pork and still hold your plate out to get your share.”
Very quickly, the protester rose to withdraw his protest.
President Obama’s promise caught his workhorse ally, Senate Majority Leader Harry Reid, off guard.
Earmarks are one of the tools Reid used to get the President’s legislation through the Senate. They helped grease the wheels to bring reluctant votes into the fold.
Reid told ABC News about Obama’s ban on earmarks,  “I think it’s taking power away from the legislative branch of government and giving it to the executive branch of government …I think that I know more about what Nevada needs than some bureaucrat down on K Street.”
“So you think the president is wrong about this?” ABC’s Jonathan Karl asked.
“Without any question,” Reid responded.
“So you’re saying that earmarks will be back?” asked Karl.
“Of course they’ll be back,” Reid asserted.
But even if they are not, Obama, Reid, and their Republican friend Senator Mitch McConnell can figure out many different ways to reward legislators with special funds for their districts.
Here is just one of the ways it worked in North Carolina. A powerful legislator wants a project funded in his district, but the earmark/special provision pathway is closed. So he has a private conversation with a state agency head and says, “If I get $1 million extra in your budget this year, can you use some of those funds to support a wonderful project in my district?
They wink at each other; the deal is done.
So, earmarks may come or go.
But pork is probably with us always.

MURFREESBORO -No one must’ve told the Chowan University women’s basketball team its cold outside. The Hawks continue to sizzle – racking up... read more