ROANOKE RAPIDS – It’s being called the summer’s best entertainment value on the East Coast with over 20 concerts in three days. 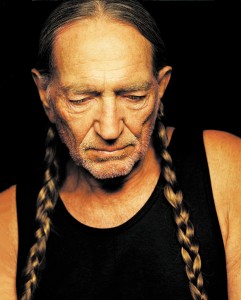 The legendary Willie Nelson is among the headliners that will anchor Rapids Jam 2011, a three-day outdoor concert event set for June 16-18 in Roanoke Rapids.

“We’re excited to announce these artists as part of our inaugural season at The Festival Park at Carolina Crossroads.  We expect to announce additional performers in the coming weeks,” said Elizabeth Branham, Rapids Jam President.

Rapids Jam 2011 is being modeled after other successful country music festivals like Country Thunder, Big Valley Jamboree, and Country Stampede.  Unlike traditional shows, concert goers will be able to purchase tickets to stand in front of the stage to get an even closer view of their favorite singers.  Camping will also be available during the event.

The Festival Park at Carolina Crossroads is located behind the Roanoke Rapids Theatre off Interstate 95 in Roanoke Rapids.  Carolina Dirt, LLC which is owned by Gil and Liz Cunningham of Nashville, and Jeff Copper of Kansas purchased the property in October.

Over the next few months, improvements will be made to the existing venue which will include a larger stage, additional infrastructure to accommodate camping, and a larger variety of onsite concessions.  Ultimately the site will be suitable for national promoters to bring in a wide variety of top flight shows representing all musical genres.

General admission, and both reserved platinum and reserved gold seating tickets for Rapids Jam 2011 will go on sale Friday, December 3 at 10 a.m. and will be available locally at the Rapids Jam ticket office located at the Roanoke Rapids Theatre and online at www.rapidsjam.com or by phone at 252-536-0275.