Three of the 12 counties are in the Roanoke-Chowan area – Gates, Hertford and Northampton. Others receiving disaster designations from the Department of Agriculture were Granville, Vance, Warren, Camden, Rockingham, Stokes, Surry, Caswell and Person. These counties are now eligible for federal assistance through the Farm Service Agency (FSA). 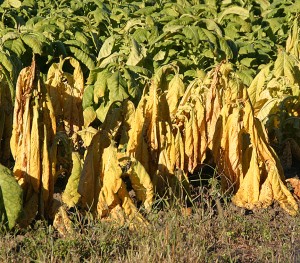 Tobacco was one of the Roanoke-Chowan area crops affected by this year’s drought and excessive heat.

Farm operators in these counties are eligible to be considered for assistance from the FSA, provided eligibility requirements are met. Farmers have eight months from the date of the disaster declaration to apply for emergency loan assistance. Local FSA offices can provide affected farmers with further information.

GATESVILLE – Dance with the one who brought you. That analogy has been played over and over as a sports... read more