Looks like the wheels are coming off quickly at Richard Petty Motorsports.

Not only did the organization’s top driver and superstar, Kasey Kahne, depart earlier week with five races remaining in the season, there are serious concerns about whether the entire team will be able to finish the season due to financial difficulties.
Last Saturday night at Charlotte, the brakes on Kahne’s car failed, for the second time in three races, causing a wreck and extensive damage to the No. 9 Ford. 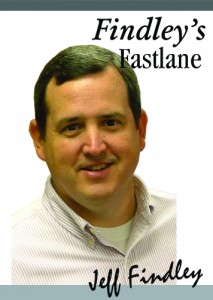 In the garage area, Kahne feigned illness as an excuse to not get back into the car after the repairs were made. There were even some reports that Kahne left the racetrack and headed home, before the race the completion of the race.
The next morning, Kahne’s personal foundation held a charity 5K race. I guess a good night’s rest cured Kahne’s illness as he competed in the race.
On Monday, officials of RPM and Kahne decided that an early split would be beneficial for both sides and Kahne will finish the season in the No. 83 Red Bull Toyota. Aric Almirola will pilot the No. 9 Budweiser car this week at Martinsville.
On the heels of Kahne’s departure comes reports that the team in dire financial straits that could prevent the completion of the season. There were even reports that Roush-Fenway Racing, the supplier of the engines and cars to RPM, had repossessed cars and engines due to non-payment.
This is where the tangled web begins.

The principal owner of Richard Petty Motorsports is George Gillett. Gillett also previously owned the Montreal Canadiens hockey franchise and the Liverpool soccer team in England. He sold the hockey team in 2009 and earlier this month lost ownership of the soccer team in a hostile takeover.
The group that succeeded in taking over the soccer team, and is subsequently being sued by Gillett, is New England Sports Ventures. That group is headed by John Henry and also owns the Boston Red Sox and Fenway Park. Henry is also fifty percent owner of, you guessed it, Roush-Fenway Racing.
This situation comprises a viscous circle with lots of moving parts. I guess we’ll see if the team is able to garner the resources to complete the season.
We are five races into the chase, half-way, and the points leader is none other than Jimmie Johnson.

After last week’s race at Charlotte, it appears now that the championship is down to a three-man race. Trailing Johnson by 41 points in second place is Denny Hamlin and Kevin Harvick sits in third 77 points behind the leader. Jeff Gordon remains in fourth, but after some bad luck last week, has fallen 156 points behind the leader.
If Johnson can make it through the next two “wild-card” tracks – the short-track at Martinsville and the superspeedway at Talladega – he will cruise to his fifth consecutive championship.
Johnson could very well have a bad finish at Talladega, but don’t look for anything other than a solid run at Martinsville.  The No. 48 team has won six times at the half-mile track and has a fifth place average finish in 17 career races. Not too shabby.

Jeff Findley is Publisher of The Post-Searchlight – a sister publication of the Roanoke-Chowan News-Herald – and a syndicated NASCAR columnist. He can be reached via email at jeff.findley@thepostsearchlight.com.

Gates Co. advances to round two

GATESVILLE – Communication and movement are key in volleyball. Friday afternoon Gates County High School got both in their opening... read more