Ridgecroft School swept a pair of tennis outings recently to improve to 9-3 this season. 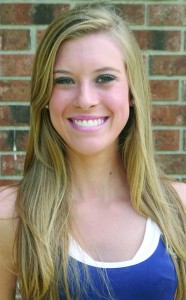 Roxie Daniels secured a win for herself and the Lady Rams against Faith Christian School.

McKenzie Quattlebaum finished the sweep for Ridgecroft with an 8-4 victory over Selina Boyd.

In doubles action, Bowman and Riddick topped Perry and Phipps 8-3 while Futrell and Bryant defeated Martin and Mitchell 8-0. The final match saw Daniels and Quattlebaum stop Boyd and Storie Outland.

In the contest with Faith Christian and the Lady Rams battled through a tough match that wasn’t decided until Daniels won her match at number five singles.

“We have had several very close matches and I have been extremely proud of our perseverance and determination,” Ridgecroft Head Coach Elton Winslow said.

At number one, Bowman fell behind 5-2 in the first set, but won five straight to take the first set 7-5. She went on to finish out the match 6-2 in the second set to defeat Theresa Hall.

Futrell lost her first set at number three by a count of 6-2, but battled back to win the second set 7-6 and then take the tiebreaker 10-6.

Faith Christian also took the top doubles competition when Hall and Watson bounced back to defeat Bowman and Riddick 8-1.

Futrell and Bryant, however, responded with an 8-6 win against Sam Gurganus and Cherry at number two and Quattlebaum and Daniels edged Caroline Matthews and Alex Cherry 8-6.

This is one of those weeks where I have a lot of things on my mind but none important enough... read more