CREEKSVILLE – Northampton-East had an idea the volleyball match would be a tense one.

“When we welcomed last season’s conference tournament runners-up, we knew we would be in for a game, but not this much of one,” Rams’ Head Coach David Hasty said. 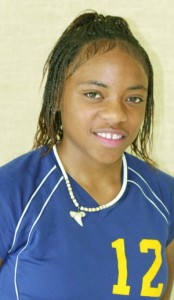 The junior varsity matchup for the two schools started at 4:30 p.m. and volleyball didn’t end until the varsity match closed at 8:20 p.m.

Senior Patrice Williams had 10 kills for Northampton-East and sophomore Bianca Anderson checked in with four.

Brandi Keeter, a senior for the Lady Rams, had five serving aces and junior Alexus Shoulders checked in with four aces and two kills.

“Brandi’s serve came alive in the fifth and deciding game as she scored eight straight points to give us a 9-2 lead before the Warriors came storming back,” Hasty said. “We kept chipping away and finally put them away with junior Marendy Cannon’s serve to bring the marathon to an end.”

Northampton – East will travel across the county to rival Northampton-West for another outing today (Thursday).

I’m a Carolina football fan and I’m proud of it. The investigation into potential (in some cases probable) wrongdoing by... read more