Race to the Top is a new federal grant program that rewards states for innovation in education. North Carolina was one of 19 finalists for the second round of the grants and is now eligible to receive up to $400 million over a four-year period. 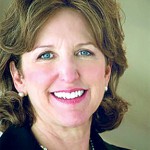 Senator Kay Hagan (D-NC) made the announcement on Tuesday.

In the case of the Tar Heel state, the money will be obligated in three main areas – recruiting and retaining qualified teachers/school administrators, developing a turn-around plan for low-performing school districts and the purchase of hand-held electronic devices that will allow classroom teachers to track the progress of their students.

“Winning this Race to the Top funding demonstrates that North Carolina is among the most innovative states in the country when it comes to education,” Hagan said.

She continued, “This funding will better prepare our students to succeed in college and will continue to strengthen North Carolina’s competitive workforce. I am proud to have joined other members of the NC delegation in supporting the state’s application, and will continue working in the Senate to invest in innovative education strategies for North Carolina’s students.”

The state will use the funding to further its goal of preparing every high school graduate for an advanced degree program. The state will adopt internationally benchmarked standards for students from preschool to 12th grade.  North Carolina school systems will also begin to use new data systems to improve the state’s ability to monitor student success and identify which educational methods are leading to the greatest student gains.

The funding cannot be used to supplement programs that may fall victim to state budget cuts.

Hagan, a member of the Health Education Labor and Pensions Committee that oversees education issues, has made education a key legislative priority since her time in the North Carolina General Assembly as a state Senator. As the committee takes up the reform of the No Child Left Behind Act, Hagan is working to include the Financial Literacy for Students Act, a piece of legislation she introduced. The measure builds on her successful work in the state Senate by incentivizing states to incorporate financial literacy into students’ curriculum for grades 6-12.

Other states receiving “Race to the Top” funding in the current round of the federal program include Georgia, Maryland, Florida, New York, Rhode Island, Massachusetts and Ohio as well as the District of Columbia.