RALEIGH – North Carolina Attorney General Roy Cooper is warning users of Facebook, a popular social networking site, about a trick that can give scammers access to information in users’ profiles. 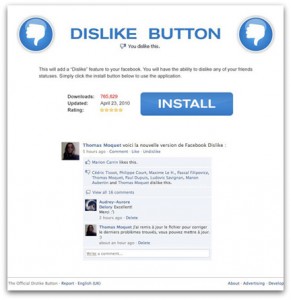 There is no official dislike button; clicking the link can extract the user’s personal information and give it to the scammers.

“The message containing the link appears to have been sent by a friend, but it was actually generated automatically when the friend fell for the scam,” Cooper said in a press release.

There is no official dislike button; clicking the link can extract the user’s personal information and give it to the scammers.

“Avoid clicking on suspicious links, whether they appear in emails or on websites,” Cooper recommended.

“Remove all references to them from your Facebook features (status, News Feed, Likes and Interests) so you don’t accidentally encourage someone else to click that suspicious link,” Cooper stressed.

Falling for any of these types of scams, which promise some lurid or exclusive content, typically trick a user into giving a rogue Facebook application permission to access their profile, posting spam messages from their account and asking them to complete an online survey.

If a user does give the app permission to run, it silently updates their Facebook status to promote the link that tricked them in the first place, thus spreading the message virally to their Facebook friends and online contacts.

The rogue application for a “Dislike” button requires the user to complete an online survey, which makes money for the scammers, and then points the user to a browser from where they can add the button.