WELDON – Already facing charges in Northampton County for an August 10 child abduction, the Weldon Police Department has lodged counts against a Washington, D.C., man on sex offense and obscenities charges.

The Weldon charges increased McFadden’s bond to $280,000 and reflect after enticing a 15-year-old Jackson boy to play basketball with him, he allegedly took him to the Interstate Inn in Weldon where he sexually assaulted him, Avens said.

Northampton County Sheriff Wardie Vincent told the Roanoke-Chowan News-Herald the teen was taken by a stranger last week from his home and returned three to four hours later. 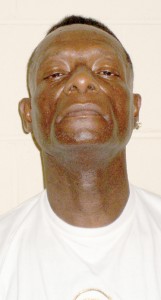 Vincent said on August 10, the 15-year-old was out in front of his home with his brother when a vehicle drove up. The person in the vehicle engaged the teenager in a conversation.

“The young man got into the car and it drove off,” said Vincent.

The sheriff said the mother reported her son missing and his office responded and searched for the teen, but to no avail.

“Approximately three to four hours later the young man was dropped off down the street from the home,” said Vincent.

Northampton County Sheriff’s Detective Lt. Brenda Burnette investigated the case and was able to arrest McFadden for the crime on August 12.

McFadden was placed in the Northampton County Jail on a $100,000 bond, which was increased to $130,000 secured following his first appearance in district court on Monday.

Vincent said there may be more pending charges against McFadden.

“My concern is he (McFadden) may have been around and may have come into contact with other young people,” he said.

The sheriff said what is even more disturbing about this incident is that the suspect allegedly told the teenager he was a basketball scout and convinced the young man he wanted to take him some place to play the sport.

“I want to reiterate to parents, especially with school starting back again, to make sure they keep a close eye on their children’s moves and who they associate with,” he said.

Avens said there is a report in another state where McFadden allegedly convinced boys he was with Nike and wanted them to appear in a commercial. When the boys agreed they were allegedly molested.

(Lance Martin is Editor of rrspin.com.)

Thursday afternoon the Roanoke-Chowan Domestic Violence Task Force announced the receipt of a $139,000 grant. Seated (from left) are board... read more