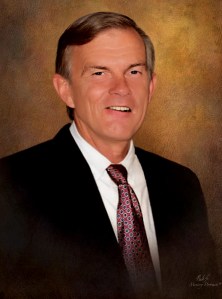 Mr. Futrell was born on July 2, 1946, a son of the late Herbert Edward and Sallie Martin Burgess Futrell in Hertford County, NC. Greer worked as a delivery driver for Flowers Baking Company and a security guard for the NC Department of Corrections for 20 years. Greer was an outdoorsman and in his younger years enjoyed coon hunting and rabbit hunting with his Beagles. He loved working in his yard and garden and was well known for his collards and sweet potatoes, furnishing them for friends and family and selling them to many. Greer never saw a stranger, was a friend to all he met, and will be missed by all who knew him.

Besides his parents, he was preceded in death by his son, Gregory Millard Futrell; a brother, David M. Futrell and sister-in-law Brenda Bridgers Futrell; and brother-in-law, Charles Ray Woodard.

The family will receive friends on Wednesday, January 25, 2023 from 7-8:30 p.m. at Garrett-Sykes Memorial Chapel, Murfreesboro, NC, and other times at the home.

A celebration of life service will be held on Thursday, January 26, 2023 at 1 p.m. at the Woodland Baptist Church, Woodland, NC, with Rev. Dr. J. Brabban officiating. Burial will follow in Meherrin Baptist Church Cemetery, Murfreesboro, NC.

Flowers are welcome or memorial contributions may be made directly to the Muscular Dystrophy Association, 161N. Clark, Suite 3550, Chicago, IL, 60601; or you may donate online by visiting www.tmcfunding.com/search; type Greer Futrell; or you may give to a charity on your choice.

Garrett-Sykes Memorial Chapel is handling the arrangements for the Futrell family and online condolences can be directed to the family by visiting www.garrettsykesfs.com.